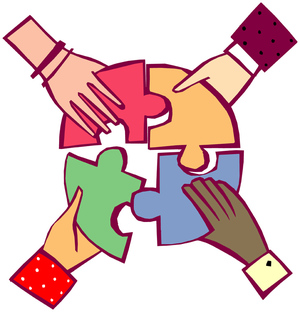 The folk involved in this peer group don’t wish to be identified so we can’t say where this network operated. But we think the story has an important message.

With agency support, a group of families formed a peer network for young adults living with disability and their families, to explore how the young adults could spend less time at congregate day services and more time in valued roles in community life. Some of the young people involved already had some community connections.

Once the peer network started, it became clear early on that one of the family members was having trouble seeing their loved one’s strengths and talents; instead they were focused on the person’s vulnerabilities. They couldn't see how the person might take up a valued role in community life.

The family member almost withdrew themselves and their loved one from the network after the first meeting, but seemed to be encouraged by the welcoming, non-judgemental habits of the other peer members. By the fourth meeting, this family member’s view had transformed, and they had begun actively planning with a local agency to create a mainstream volunteer role for the person. This was a breakthrough and placed the person living with disability on the threshold of an opportunity to take up a valued role.

How did the peer network help this to happen? Because the network members shared stories about their hopes, their fears, what they had tried, where they had found places of welcome, etc. Sometimes the conversation was general – for example how to use the local community paper to find opportunities for valued roles – and sometimes the conversation was specific, where one of the families spoke about their own situation.

Prior to the peer network being set up there had been attempts to engage the family member about their loved one’s potential for valued roles, but they simply hadn't worked.  It was the peer network approach that made the difference.