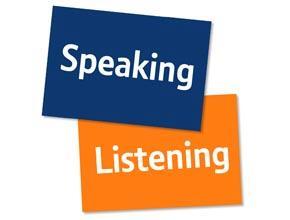 Sam Smith from c-change in Glasgow, Scotland, is currently in Australia to assist the DSO initiative with a regional workshop about building partnerships for self-directed support.

We asked Sam to share a story with you that shows the benefit of peer networks. We think it goes to the heart of how peer networks can help people to find their voice.

"Peter hadn't really come to the peer network meeting to discuss it, and he certainly wouldn't have talked about it in front of everyone. It was just when he was chatting to William at the tea break that it came into his mind to bring it up and see what happened. If William didn't react or appeared to think it was OK then maybe he was just making a fuss about nothing, maybe this was normal and he shouldn't expect any better.

Peter had been worrying about the way a staff member treated him. He didn't think he should be talked to like that. He didn't like spending time with her. She made him feel like a child, always telling him what to do, punishing him if he didn't do what she said by refusing to support him to go to things he had planned, or by withholding his money.

William listened to Peter's story and was shocked, and really that was enough for Peter. Just the reassurance that he wasn't wrong, and that he was right to feel upset, was enough. He knew how to complain, he had known before he spoke to William, he just wanted someone else to listen and recognise his point of view.

After talking to William at the the peer network meeting, Peter raised his complaint. He was listened to and he was involved in deciding the changes that needed to be made.

The power of peer networks is not just in the formal opportunities to discuss and share information but also in those incidental fleeting moments of shared understanding that can be life changing."